While uncertainty continues in Bitcoin, which lost 22% in value last week, a critical report came from Bloomberg. According to the report published by Bloomberg, the decline in Bitcoin may go deeper. Pointing to the technical outlook, analysts predict that BTC could drop to the long-term support area between $14,000 and $10,000. Experts point out that the $12,200 level is one of the most important support points in this process.

As the cryptocurrency exchange FTX initiates the bankruptcy process, the extreme fear of the crisis continues to affect the markets. Despite the lower-than-expected inflation data, the market is experiencing a more serious image and confidence problem this time. Bitcoin had previously gained a reputation as a less volatile asset than some traditional markets, including stock markets like the Dow Jones index in early October. In fact, Bitcoin’s volatility was at nearly an all-time low in October. Its correlation with gold had reached the top of the last 40 days. Investors focusing on macroeconomic conditions are now anxiously awaiting the aftershocks of the FTX crisis.

Bitcoin has lost 2% in the last 24 hours and is currently valued at $ 16,842. BTC has been through a nightmarish process in the last week. While JPMorgan claimed that BTC will drop to $13,000, a similar statement came from Bloomberg. Bloomberg analyst Mike McGlone reported that BTC will fall below $10,000. Peter Brandt, who has 30 years of experience, stated that BTC will fall from 13,000 to 14,000 dollars. According to experts, developments in both the Fed policy and the FTZ crisis will continue to affect the BTC price.

Bitcoin’s recovery gained momentum after October’s consumer price index (CPI) data came in lower than expected. The opinion that the Fed will increase the interest policy rate by 50 basis points began to outweigh. This development could be hope for BTC. For the past few days, analcids have also been painting a gloomy picture. Many analysts reported that risk remains in Bitcoin. According to the technical analyst, BTC needs to exceed $20,000 again to break out of dangerous waters. 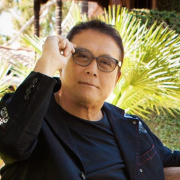