Blog - Latest News
You are here: Home1 / Positive Impact from Altcoin to Ethereum

According to data provided by Ultrasound. Money, the XEN token network built on top of the Ethereum network is currently one of the highest gas consumers. In the last 24 hours, the XEN network has burned more than 210 ETH, or about $260K. This figure is more than the combined gas consumption of OpenSea, the largest NFT marketplace, Tether, the largest stablecoin USDT issuer, and Uniswap, one of the largest decentralized cryptocurrency exchanges. As a result, Ethereum issuance has fallen to near zero (about 0.0011 percent annually).

Created by the “Fair Crypto Foundation”, XEN Crypto is backed by Jack Levin, one of the first employees at Google to work on cloud infrastructure. This project aims to empower the individual with a token that has no fixed supply or treasury, no CEX listings, manager keys or immutable contracts. However, some observers point out that the Ponzi-type economy bears similarities to the HEX token.

XEN was launched in early October. It can also be claimed, minted and staked by anyone. Looking at gas consumption, there still seems to be a lot of interest in the token and the project. However, the XEN price dropped 98.7 percent from its launch price of $0.00037.

Still, the issuance of XEN seems to push gas prices up and down Ethereum issuance. As analysts have observed, Ethereum deflation will be much higher than today as on-chain activity resurfaces.

On the other hand, data indicates that ETH staking is also gaining momentum. According to Beaconcha.in, 15.6 million ETH has been staked, worth approximately $19.4 billion at current prices. Also, the staked amount corresponds to about 13 percent of the entire supply. Ethereum developers are planning to release the highly anticipated Shanghai update in March 2023, following the successful The Merge update on September 15. The update is very important in that it will implement EIP-4895, which allows the withdrawal of ETHs locked as a result of staking. 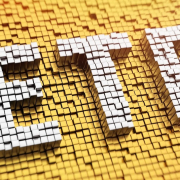 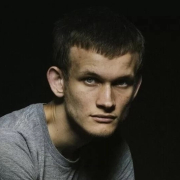 “This is a Decentralized System and People Will Decide Its Fate”...
Scroll to top