Marathon Digital, one of the largest Bitcoin mining companies in the world, announced that it broke a record in quarterly Bitcoin production with 1562 BTC. In the press release of the US-based company, figures for the fourth quarter of 2022 were shared. Accordingly, Marathon has doubled its hash rate in the past year, increasing it to 7 exahash per second. While it produced 475 BTC in December, the total amount of production for the 2022 fiscal year was 4 thousand 144 BTC, an increase of 30 percent compared to 2021. As of January 1, the company’s mining fleet has increased to 69 thousand active devices. On the other hand, the number of Bitcoin assets still held reached 12,232 BTC.

“In 2022, we have made significant progress in increasing our hash rate while making the transition to more sustainable energy sources. Despite the challenges at the start of the year, we have doubled the hash rate over the past year to 7 exahash per second. Most of this capacity is currently in West Texas. Located at the King Mountain wind farm, we had one of the most productive quarters to date, generating 1562 BTC in the fourth quarter. In December, we signed our existing agreement with Applied Digital, with approximately 12,000 units of the S19 XP, which is 30 percent more energy efficient than existing devices, in the North “We’ve expanded it to commission at the Jamestown facility in Dakota. We expect them to be up and running within the next month. Device installations are ongoing in Garden City. Currently, about 2.1 exahash devices are installed and waiting to be activated.”

In addition, Marathon stated that it carries out research and development studies to increase mining efficiency. Accordingly, overclocking (running the processor at high performance) and underclocking (running the processor at low performance) servers were tested and dual-phase immersion cooling systems were examined in December. In addition, it was noted that the plant in the King Mountain region is working on a power cut strategy to improve operations and optimize production. It was stated that these efforts will increase competitive advantages and make Marathon a more efficient business.

Further, Thiel underlined his goal of making Marathon one of the largest and most efficient Bitcoin mining operations in the world. It was also stated that there are thousands of devices that will be operational in the coming months, which will increase their current production capacity to approximately 23 exahash by mid-year. 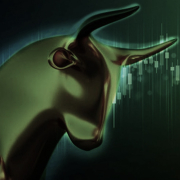 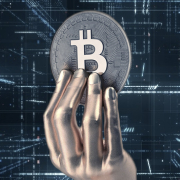