MicroStrategy explained how much it lost from Bitcoin. On the other hand, Jack Dorsey’s Block generated $1.76 Billion in Bitcoin revenue in the third quarter.

Microstrategy, one of the world’s largest publicly traded marketing and business intelligence firms, announced how much it lost from Bitcoin in the third quarter of 2022. In the firm’s latest earnings report, Andrew Kang, Microstrategy senior vice president and chief financial officer, revealed how much the company lost from Bitcoin during the quarter.

Microstrategy said that Bitcoin has recorded low value decreases due to its stable price. And he explained that the impairment loss on Bitcoin investment in the third quarter of 2022 was only $700,000, much less than the $65 million loss recorded in the same period last year. Andrew Kang says the firm sees Bitcoin’s price action as an indication that the biggest cryptocurrency is attracting more mature investors.

We have heard the name of this company, which has accelerated institutional participation in the crypto sector with Bitcoin investments in the last few years. Essentially, MicroStrategy is a professional business intelligence company that analyzes the developments in the sector and transfers data and information on marketing and business management. However, Saylor and his team invest the remaining portion of the company’s capital in Bitcoin as a store of value. This causes the company’s stock price to be affected by Bitcoin prices. Meanwhile, Tuesday’s report was the first earnings report since Phong Le took over as CEO of the company. Indeed, MicroStrategy co-founder Michael Saylor, who stepped down as CEO in August and currently serves as the firm’s chairman of the board, says his new position will allow him to focus more on being an advocate for Bitcoin.

Block Inc. recorded a net loss of $14.7 million in the third quarter

Block has released its third quarter report. The company, in which Jack Dorsey is the CEO, made a net loss of $ 14.7 million. In the presented third quarter report, declines in consumer demand and Bitcoin price were cited as reasons for Bitcoin-based revenue loss. Block’s Bitcoin gross profit was around $37 million in the third quarter, compared to $41 million in the second quarter. Block announced that it generated $1.76 billion in Bitcoin revenue through its subsidiary, Cash App, in the third quarter, down 3% from the previous year and below the $1.79 billion reported in the second quarter.

Block shares rose nearly 14% after the release of their third-quarter report. Block’s total gross profit increased from $1.47 billion in the second quarter to $1.57 billion this quarter. The company’s total net income was $4.52 billion, up 17% year on year. Excluding the company’s Bitcoin revenue, total net income was $2.75 billion, up 36% year-on-year. The tech firm reported a net Bitcoin sales volume of $1.76 billion in the third quarter. 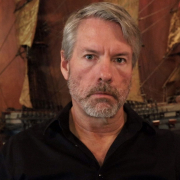 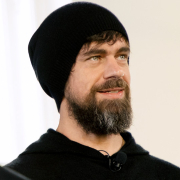