Tony Fadell, who designed the iPod Classic model, announced that he agreed with Ledger and helped design the seventh of his cold wallets, the Ledger Stax. Tony Fadell, the name behind the designs of the iPod, iPhone and Nest Thermostat, announced that he has signed with the cryptocurrency wallet company. The announcement was made at Ledger Op3n, the biennial Web3 development event in Paris on December 6, 2022.

The newly designed wallet will be the size of a credit card and will feature features such as a large digital display, touchscreen, Bluetooth support, and wireless charging. Unlike wallets so far, Stax will feature a curved digital display. The curved part will contain the owner’s name or other wallet information, depending on what the user wants. Stax will also have magnets on it, allowing users to use multiple similar devices. A spokesperson for Ledger said:

“Fadell paid attention to two things when designing the cold wallet. The first was a wad of money and a space like a book spine showing what was inside. Second was how these wallets would be stacked.”

Fadell, who worked on the design of the first 3 iPhone generations, said the following about Ledger Stax:

“We had to be user-friendly in design. We even had to create a user-friendly tool to bring digital asset security not just to enthusiasts but to the rest.”

In the announcement, it was stated that Ledger Stax will be available in the first quarter of 2023 and customers can already pre-order the wallet from Ledger’s official website. Stax will also be available at select retailers in the United States, such as BestBuy.

With its new design, Ledger Stax will be available for $279, a higher price than previous wallets. The Nano S Plus price, which was released in April 2022, is currently around $ 79. The previous Nano X is worth $149.

According to Ledger, the upcoming wallet product is designed to interact. The product has a large digital screen for users to approve transactions, which will enable users to perform transactions easily. The representative of the company made the following statements on the subject:

“Ledger Stax allows customers to choose the experience they want instead of changing things up.” 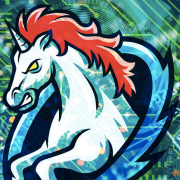 Incentive Step for eNaira from Nigeria
Scroll to top