Blog - Latest News
You are here: Home1 / JP Morgan: There Is A Contraction In The Stablecoin Market

Investors whose confidence in cryptocurrencies and the market have been damaged after the bankruptcy of FTX continues to withdraw their money from the exchanges. While some of the investors withdraw their money to their wallets, some prefer to put it in decentralized exchanges. Evaluating the exit of investors from crypto markets, US banking giant JP Morgan said that there is a contraction in the stablecoin market. In this context, JP Morgan stated that the contraction in the stablecoin market is an important metric for understanding whether investors are exiting the crypto markets.

“Stablecoins pegged to an asset like the US dollar act as a bridge between fiat currencies and cryptocurrencies. The growth of the stablecoin market, that is, the increase in stablecoin purchases, can be considered as an indicator of the increase in the amount of money entering the crypto money sector, and therefore the number of investors. In order for the cryptocurrency market to progress steadily, the amount of hot money entering needs to increase.”

Stating that the market cap of stablecoins, including the largest stablecoin Tether (USDT), peaked at $186 billion before the Terra (LUNA) collapse in May, JP Morgan analysts said the market value has dropped by $41 billion since May. It was stated that half of this decrease was due to the Terra collapse. Claiming that the stablecoin market value has been declining since May, JP Morgan stated that since May 2022, approximately $25 billion has exited the cryptocurrency market through stablecoin redemptions. Finally, JP Morgan analysts stated that it is difficult to see a sustained recovery in cryptocurrency prices without the contraction in the stablecoin market, that is, stablecoin outflows. 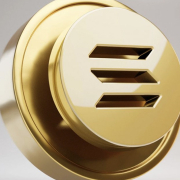 $500K Paid in Telegram for DOGE Name
Scroll to top