TEPCO, the largest energy company in Japan, has decided to use surplus energy in Bitcoin mining. Tokyo Electric Power Company (TEPCO) will partner with TRIPLE-1, which operates as a local semiconductor developer in the country, to utilize the excess energy produced in bitcoin mining.

TEPCO came to the fore with the accident at the Fukushima nuclear power plant after the earthquake and tsunami in Japan in 2011. At the time, the company admitted that it did not take adequate precautions against such disasters and had to pay large amounts of compensation to the victims. TEPCO, which is still reported to be making losses due to the compensation amounts paid, is now turning to Bitcoin mining to earn an additional income.

Japanese energy company TEPCO aims to increase its revenue item by using the excess energy in BTC mining with the strategic partnership of its subsidiary Agile Energy X and TRIPLE-1. With this partnership, Agile Energy X aims to build distributed data centers across Japan that reuse surplus electricity from renewable energy with semiconductors from TRIPLE-1.

In the statement, TEPCO started pilot studies at its headquarters in Tokyo. In this pilot study, the effect on the grid was tested when the equipment started operating with a large amount of power on a scale of 1,500 kW, and company officials said they confirmed that the equipment was operating normally.

In the continuation of the statement, it was informed that TRIPLE-1 will be commissioned with high power performance semiconductors by using the latest technology, while the environmental impact will be minimized. The company also emphasized that the project will be an important initiative within the scope of its carbon neutral policy.

In addition, some large energy companies around the world are following a similar path. One of these companies, ConocoPhilips, sells the gas released in the Bakken region in the USA, where oil supply is high, to Bitcoin mining companies. Thus, the company generates income by using the gas that will be wasted in BTC mining.

Mining companies had a hard time in 2022, while major energy companies followed the strategy of using their excess energy in BTC mining. While the decrease in the price of Bitcoin and the increase in energy costs negatively affected the decision of the miners, companies had to make bulk BTC sales in the second half of the year. These sales, along with other negative events, contributed to the further decline of the BTC price. 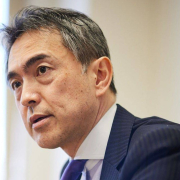 Countries Most Ready for Metaverse Have Been Determined

Another Listing News for Floki Inu
Scroll to top