Veteran trader and analyst Peter Brandt noted that Chiliz’s (CHZ) weekly chart is a bottom formation with a head and shoulders. A Twitter user named “Jleader” claimed that a massive 11-month head and shoulder base had formed on the CHZ weekly chart. Brandt also commented, confirming the user’s claim.

Expressing that the emergence of chart patterns is a very beautiful thing, Brandt was quick to draw attention to the magic of the user-defined classic pattern.

In his tweet, Brandt stated that the classical technical rules are often not valid in cryptocurrencies, but in this chart, the opposite may be possible.

Chiliz (CHZ) price started an upward move after bottoming out at $0.163 on October 21. The daily RSI has broken from the 30 oversold level to above 70 overbought levels. With the enthusiasm for the FIFA World Cup to begin in the coming days, price increases in fan tokens and CHZ are likely. For all of this, the lack of bearish movements of Bitcoin (BTC) seems to be the primary condition. 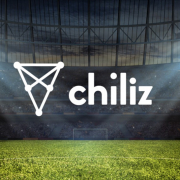 What’s wrong with FTX and Alameda?
Scroll to top