The Bank for International Settlements (BIS) suggests that after a particularly hectic year on Bitcoin and cryptocurrencies, authorities may take three different approaches: regulate, contain, or call for a complete ban on the industry. The BIS noted that each of the three approaches has several advantages and disadvantages. He stated that these approaches can be used in some places according to different risks.

The ongoing events related to the collapse of FTX and the collapse of stablecoin TerraUSD were the main events mentioned. Without “gateways” like centralized exchanges, “cryptocurrency will have to rely on users to self-store their funds in digital wallets using private keys,” the report said. According to the authors of the report, it was claimed that without the mediation of centralized exchanges, a mainstream adaptation would not be possible given the risks of private keys.

Banning cryptocurrencies would be an “overkill” option, according to the BIS, and would also limit innovation. The BIS also acknowledged that it would be difficult to ban any borderless decentralized finance (DeFi) sector. Banning centralized intermediaries may be more effective, according to BIS representatives, but in this case, such financial activities would shift to other countries. Other options might be to isolate crypto from traditional financial economies and organize the industry in a way similar to the financial services industry. 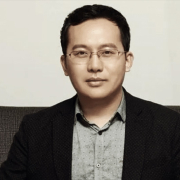