Blog - Latest News
You are here: Home1 / Analyst Warns For These Two Altcoins

Cryptocurrency analyst and trader Capo, who is known for the realization of the prediction of the big crash this year, has warned investors and traders for two popular altcoins. The analyst told his more than 585,000 Twitter followers that there is probably a classic bull trap in the cryptocurrency market. The analyst stated that with the recent jump in prices, most investors will be caught unprepared for a heavy correction.

As the analyst pointed out, many investors and traders are on the bullish side in Solana (SOL), especially after Google Cloud’s decision to become a validator, while Capo is targeting a significant drop in SOL as he believes the smart contract platform will push the uptrend support around $30. . The main targets for the drop that the analyst expects in the SOL are the $17 to $19 range.

Capo also expects a drop for the FTX Token (FTT), which rose from $22 to $25 with a surprise rise of over 15 percent over the weekend. The analyst said the following about the decline he expected:

“Today’s FTT rally is one of the biggest bull traps I’ve ever seen. It’s under $10.”

According to Capo, FTT won’t see any meaningful demand until it hits $8.50, which is 60 percent off current prices. Moving to Bitcoin (BTC), the largest cryptocurrency after altcoins, Capo warned that it is in the process of forming a top potentially near the $21,500 level before another major drop: 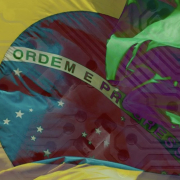 Are Whales on a XRP Hoarding Craze?
0 replies